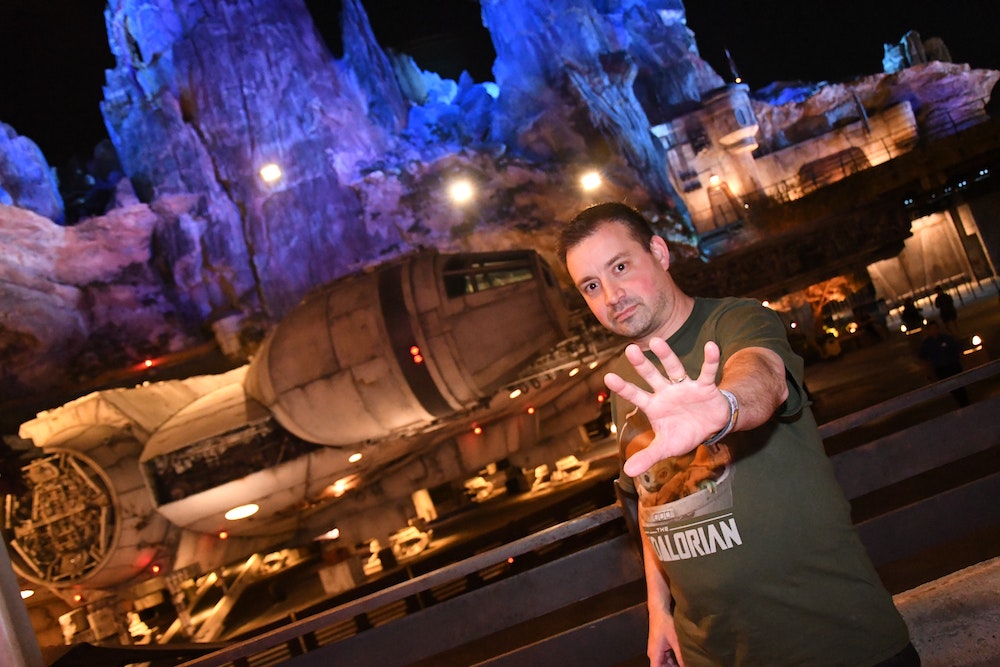 My first Solo Trip to Walt Disney World in Orlando Florida left me feeling like Luke Skywalker staring at the twin moons on his home planet of Tatooine. The prospect of traveling alone produced a simultaneous sense of wonder and uncertainty, much like Luke staring into the unknown universe far beyond the twin suns of his desert home world. I had made several trips to Walt Disney World already, but there was something so new and unfamiliar to me about a solo trip, that it felt like I was going off world for the very first time. Every trip has always been with my wife Lynda and our eight year old daughter Isabella. This wasn’t even my first trip to Galaxy’s Edge. Lynda and I had ventured there once before, to experience an Annual Passholder preview and soft opening. We even Disney-Bounded as Han (Solo) and Leia Organa as we embarked on our maiden voyage aboard the famed Millennium Falcon. Despite having spent some serious time in Batuu, I still felt as if I barely knew her.

Flash forward to the opening of Rise of the Resistance. We all remember the first days of the new attraction. The hordes of people who packed the park at 4 and 5 AM in the hopes of winning the Boarding Group lottery. The thrill of victory, the agony of defeat. They played over and over again on social media. With each shared post, my anxiety grew that I would not be able to get on the attraction during our next trip. Lynda knew that if I failed to get aboard, then I would be devastated. You see, my love of Disney is paralleled only by my lifelong passion for Star Wars. Knowing this, Lynda encouraged me to journey to the Spires again to complete my quest, while she and our daughter remained home to attend to school and work. I did express my gratefulness, in true Star Wars fashion. I said to Lynda, “I love you”, she simply replied, “I know”.

Now that I didn’t have to worry about leaving the family behind, and any subsequent guilt, I turned my attention to logistics. This is where the panic set in. Where do I stay? Where will I eat? Will people be staring at me as a 41 year old man alone in the park? All of it started to seem so ridiculous. So ridiculous in fact, that I contemplated cancellation more than once. I reached out to several friends (and cast members) for reassurance that this wouldn’t be strange. Everyone assured me that tons of people travel alone, and it would be the best trip I ever experienced. Can I just say for the record that those statements while helpful, never fully extinguish one’s fears.

I prepared for the trip by not preparing. I had one singular goal, Rise with the Resistance. Everything else was secondary. I would spend the day at Galaxy’d Edge, the other pieces would fall into place. I climbed on a plane, my personal XWing, determined to complete my mission. All self doubt and anxiety was calmed by the Obi Wan Kenobi like voice inside my head that kept repeating, “trust the force. Let go…”

I had decided on Pop Century as my resort of Choice. The decision influenced by two main factors. Access to the Skyliner that would allow me to travel as a party of one comfortably, and access to EPCOT via the skyline for Adult Dining options in the World Showcase. This was the perfect decision, as Pop Century offered amazing amenities besides travel for the “Solo” expedition. The food court was a wonderful choice to grab quick and delicious to go meals. The room was perfectly themed, immaculately clean (but then again its Disney), and the access to Hollywood Studios and EPCOT was ideal. I’m sure if I had planned on MK or AK, there are other great options, but as for my trip to Batuu, POP Century was the idyllic location.

The morning of my boarding, I awoke at 4am. (Please note that this no longer need be done, as Boarding Groups 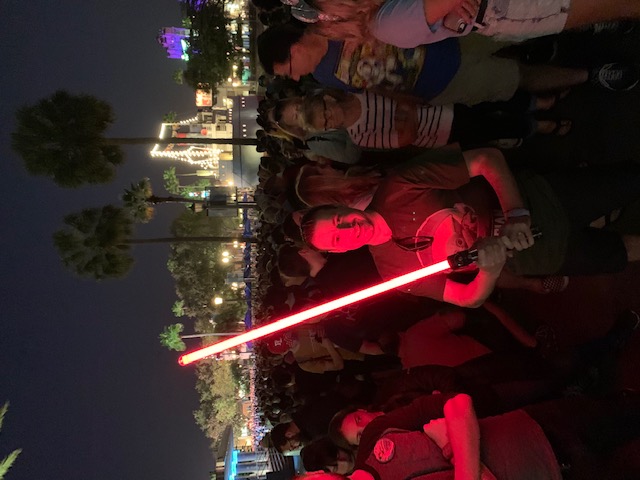 begin at 10AM currently.) As a general rule, just be sure you are in the park about 30 minutes prior to “opening”. Back in February, 4AM was still too early, but I wanted to be the first person in line for the rope drop. I was. I grabbed a Lyft for the early arrival and waited with hundreds of people with the same singular purpose. It was at that moment that I realized that I was truly not alone. Groups of singles befriended me and made me an honorary member of their travel party. We shared stories of the Galaxy Far Far Away, we laughed, we bonded. In those moments I realized for perhaps the first time since touching down, that I was alone, and yet not. The magic of Disney connected me to so many others with a shared passion and experience. I felt wonderful. It was liberating. The deflector shield I had set up around my person had been deactivated, and I felt free to make my attack run.

I have rehashed the boarding group procedure so many times before that I dare not write about it again. Long story short, I secured a boarding group. Boarding Group 57 to be exact. However, with that number, I had the opportunity to truly immerse myself in the culture of Battu before boarding for my mission amongst the stars.

I began my other worldly experience in the Cantina of course. My drink of choice: the visually delightful “Carbon Freeze”. A must try for any Han Solo superfan. “No Disnintegrations!” The Carbon Freeze was a citrusy non-alcoholic beverage with Lemon Lime Power Ade used as its base flavor. The drink was infused with Strawberry, Blueberry, and Green Apple pearls that jostled violently around in the drink; the byproduct of Cantina Magic.

For my second round, I tried the Blurggfire. Lemonade, Pomegranate, and Habanero-Lime. This ruby concoction 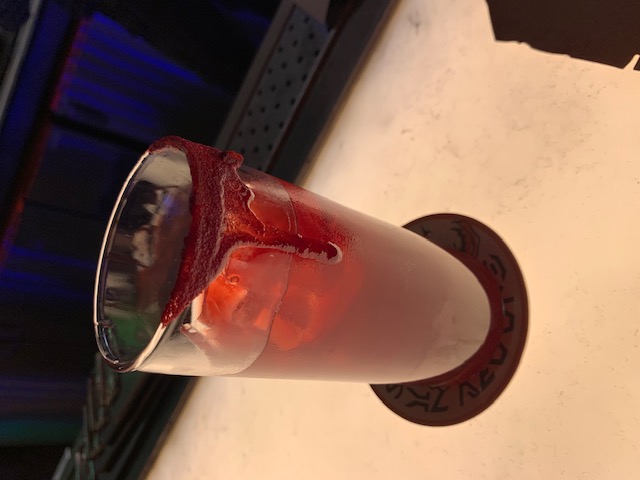 packed a punch. It was simultaneously sweet and savory. After kick starting my taste buds, I knew there was only one place to go, Ronto Roasters.

The “Ronto Wrap” is perhaps the single greatest feat of any Quick Service dining establishment on property. The wrap is appropriately placed in Galaxy’s Edge because it is otherworldly. This galactic street food is composed of Roasted Pork, Grilled Sausage, Tangy Slaw, Peppercorn Sauce, and a neatly wrapped in pita. These beauties are flavorful and hearty. Would you believe that I complimented this bad boy with a strong cup of coffee? I know, fantastic!

Completely satisfied, I ventured to the shop adjacent to the Droid depot to secure my authentic currency, the Spira. Purchased in increments of $100, it works much like a gift card, however when depleted, make a wonderful keepsake to serve as a reminder of your trip to another world. It can be recharged again for return visits, perfect for anyone spending money on the construction of a lightsaber or droid. Paying in Spira only added to the authenticity of role playing as a scruffy looking nerfherder.

Piloting the Falcon was yet again, delightful. She looked and drove just like she did when I last visited, only this time, as a solo act, it was easy to board because of the single rider line (currently suspended due to COVID).

I rode the Falcon seven times that day, but it should be noted that as a single rider you are often used to fill in roles that other crews don’t have. I did get a chance to pilot, but was mostly a gunner or an engineer.

As I waited for the boarding group, I interacted with the land more deeply than I would ever have been able to should I have gone with a group. I didn’t have to rush to another place, I simply enjoyed ever aspect as much as I wanted, and then did whatever I wanted next. Traveling to Batuu alone is probably the best way  to experience this immersive land. You can just sit and become part of the story; blending into the beautifully crafted narrative that is Galaxy’s Edge. You are never rushed, never pulled away from your imagination. You can stoically sip Blue Milk for as long as you desire. When all was said and done, that was my favorite part of the land. Sure, Rise of the Resistance was a true game changer, but my memories will be of the 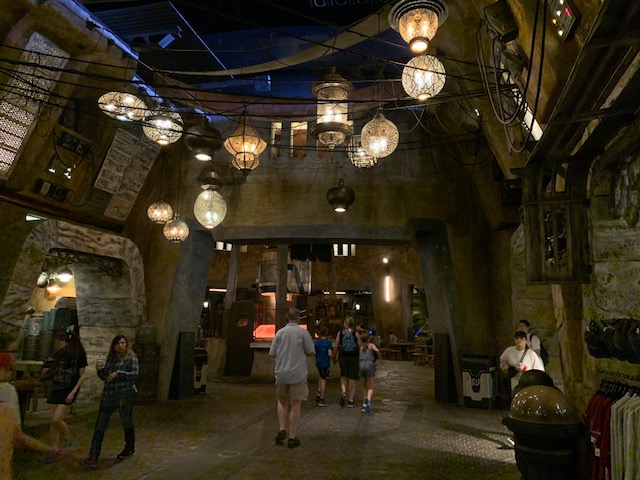 smells, the sounds, and the sights of galaxy’s edge. My ability to absorb them without distraction or hurry.

I would construct a droid during my next trip to Batuu with my daughter Isabella. I purchased a legacy saber (Luke’s) during my second trip as well. That second trip around I felt like I had come home again. This time as a result of my solo trip, I felt like I knew Galaxy’s Edge intimately.

Prioritize Galaxy’s Edge when you’re traveling alone. It is a must do itinerary item that simply cannot be rushed. You will feel welcome amongst the travelers that are there to interact, to role play, to get lost. There are dozens of other aspects to this trip that I could expand upon. Don’t allow fear and anxiety to hold you back from living your best Disney Life. Those emotions flow from the dark side of the force and in the words of Yoda, once you start down that dark path forever will it dominate your destiny. Best of luck as you navigate your solo journey! 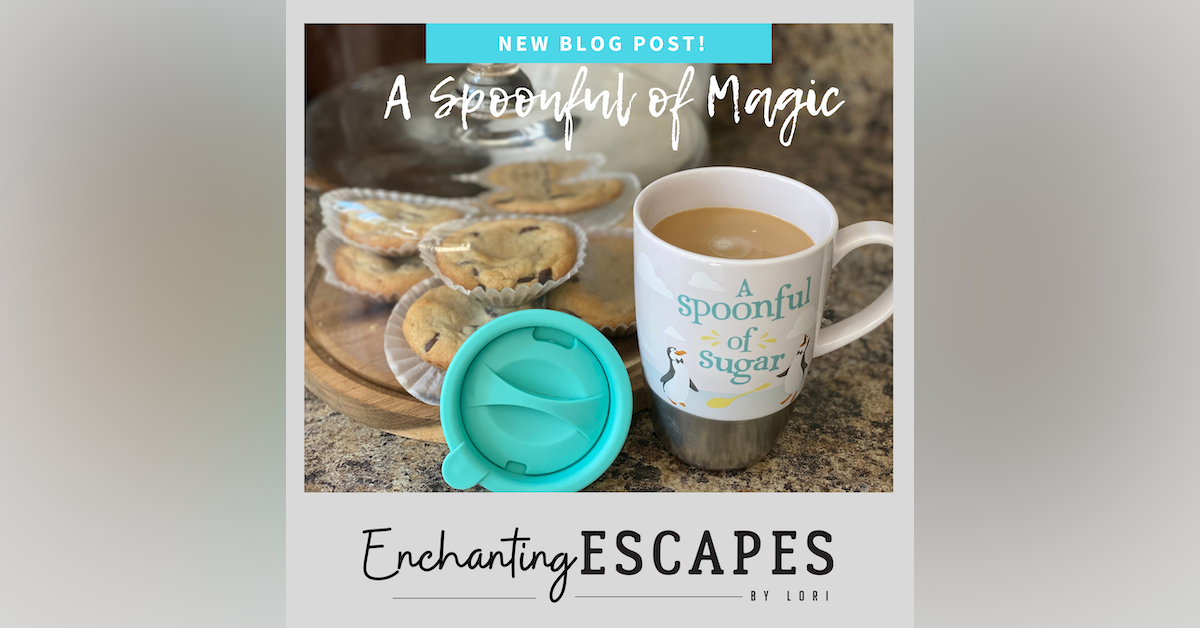 A Spoonful of Magic by Lori Willey 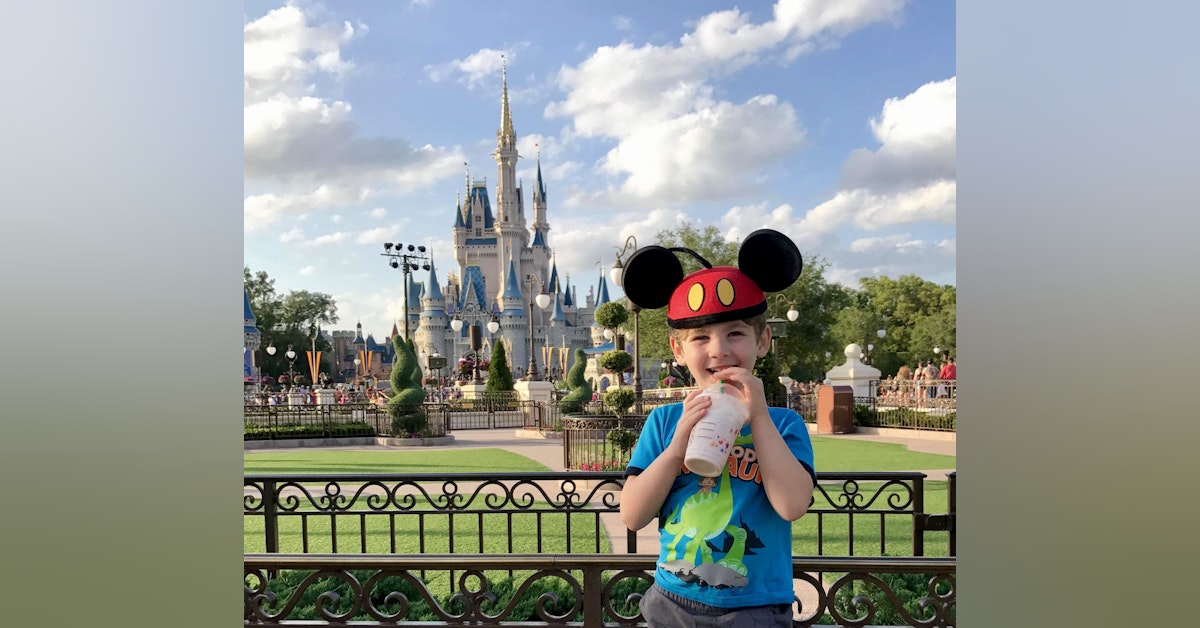 We had a great time creating a list of must take photos while on your Disney vacation. Please print this list and share your completed photo albums. We e…